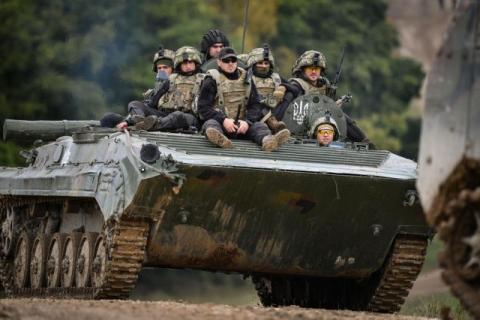 The official Kremlin claims that at least 120.000 Ukrainian soldiers were sent to Donbas.
Kremlin spokesman Dmitry Peskov referred to the statement of Ukrainian President Volodymyr Zelensky that there is a need for Moscow to end the war in the region, saying that the situation in Donbas is "an internal issue of Ukraine" and that it can only be resolved among Ukrainians.
"Russia is not in a position to de-escalate the situation in Donbas," they say in the Kremlin.
As a reminder, Ukrainian Prime Minister Denys Shmyhal accused Russia on Tuesday of being "absolutely" behind the planned organized coup to overthrow the pro-Western government in Kiev. He referred to intelligence on that occasion.
Last Friday, the President of Ukraine, Volodymyr Zelensky, stated that Kiev exposed the conspiracy to overthrow the government this week, in which individuals from Russia were supposed to participate, but he did not specify whether, according to his belief, the Kremlin was behind it, Reuters reported.
The Kremlin has denied any involvement in the alleged coup d'etat and has denied the allegations.