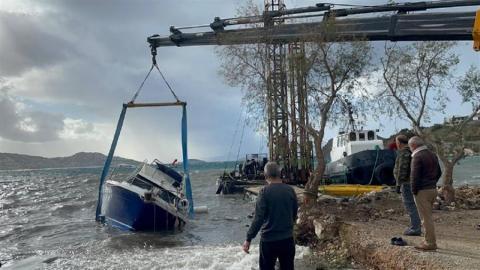 The death toll in a powerful wind storm that has been pounding Turkey's northwest region, including Istanbul, for a while has increased to five, the country's health minister has said, adding that 63 people have been injured so far.

Expressing his condolences for those who lost their lives in a message, Fahrettin Koca noted 28 ambulances and 99 health personnel in three teams of the National Medical Rescue Team (UMKE), a governmental emergency service organization for medical assistance in natural disasters and accidents, were assigned in disaster areas.

A construction worker died when a wall collapsed and crushed him under in the Black Sea province of Zonguldak, while two women lost their lives in Esenyurt and Sultangazi, two working-class districts on the far west of Istanbul's European side.

Two people, one of them a foreign national, also died in the Turkish metropolis while a person lost his life in the neighboring province of Kocaeli while trying to strengthen his home's roof as strong winds ripped the structure apart.

According to experts, one of the main reasons for the increasing death toll seems that the fierce storm damaged dozens of buildings with roofs blown away, posing a danger to the lives of passersby.

Yaşar Şenal, the chairman of the Board of Roof Industrialists and Businessmen Association (ÇATIDER), stated that the apartments were built to be resistant against much more severe winds, but the latest storm revealed some grave problems.

Noting that there are various problems regarding the roofs of 20-25 percent of the buildings across the country, Şenal said that the high rate of problematic roofs should be taken seriously.

Stressing that not all buildings with damaged roofs are old...