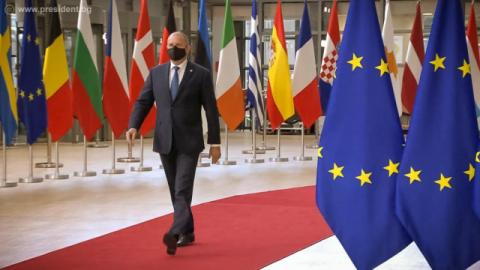 Congratulations were also received by the Presidents - of the Republic of North Macedonia Stevo Pendarovski, of Azerbaijan Ilham Aliyev, of Vietnam Nguyen Xuan Phuc, of Serbia Aleksandar Vucic, of Kazakhstan Kassym-Jomart Tokayev, of Yemen Adrabbuh Mansur Hadi, of Palestina Mahmoud Abbas, as well as by many other heads of state, heads of government and representatives of international organizations who have sent letters or congratulated President Radev in telephone conversations.

In his congratulatory address, German President Frank-Walter Steinmeier sent heartfelt congratulations to the head of state and the Bulgarian people. "The great challenges facing Europe require a united and sustainable European Union. Europe needs a strong and capable Bulgaria," the German head of state said in a letter, expressing hope for the further...