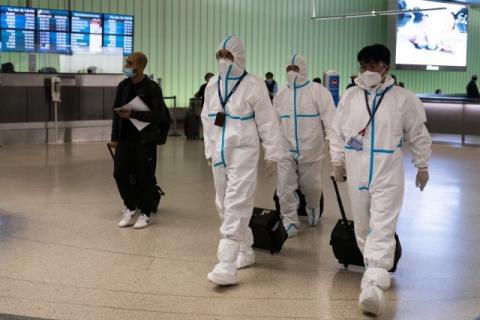 Namely, due to the appearance of this mutation, a large number of countries tightened the measures, and one of them was the suspension of flights from the southern part of Africa, where omicron was registered. Although it was believed that this strain appeared a few days ago, the new data speak quite differently.
Namely, as the world media report, Nigeria discovered the omicron strain in the samples taken in October, which greatly changes the previous knowledge about that variant of the coronavirus.
As a reminder, the World Health Organization recently made a statement for the first time, containing specific information, but also instructions on the new strain, which has so far been discovered in more than 20 countries around the world.
Unlike the first announcements since the strain was discovered in South Africa, and then arrived in Europe, and in which the experts of that world organization were vague, they have now given more concrete details, but also forecasts, and they are not promising. Furthermore, the WHO warns that, depending on the characteristics of this variant that are still being investigated, there could be serious consequences.
"Omicron has an unprecedented number of mutations, some of which are worrying because of their potential impact on the course of the pandemic," the WHO said, adding that the probability of "potential further spread of mutations is high" globally.
The organization's first recommendation to member states is to adjust "international travel measures", stating that more detailed instructions will be issued soon.
"Namely, there are concerns about the possibility of omicron to circumvent acquired immunity," the World Health Organization added, noting that at that time there was a high...