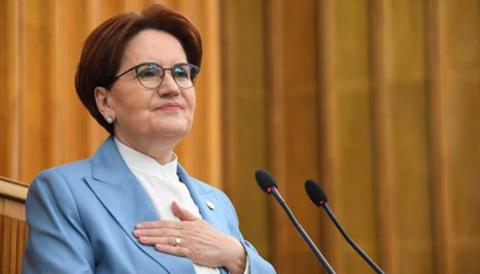 "We have got Yavaş's back; there are people of Ankara," she said, addressing her party's parliamentary group meeting.

"While our nation is struggling with new problems every day, the junior partner of this government, who is hostile to the nation, is dealing with those who give up their power and serve citizens properly. Mr. Bahçeli threatened Mr. Yavaş yesterday," Akşener stated.

She accused the MHP of not "speaking out against lies, plunder and poverty, but "threatening" their mayor whose "only concern is to serve" Ankara.

Meanwhile, Republican People's Party (CHP) leader Kemal Kılıçdaroğlu called on Bahçeli to expel those who attacked the commemoration of former MHP leader Alparslan Türkeş in Ankara from the party.

"Mr. Bahçeli has been on the political scene for many years. It is not correct to accuse Yavaş without investigating such an event. Yavaş is indeed a person who stays away from political discussions. Why such an accusation was made is inconceivable," Kılıçdaroğlu said, speaking to FOX Tv.

Bahçeli on Nov. 30 blamed Yavaş for an attack on an event for the commemoration of Türkeş held last week. "Mr. Mansur should be careful. The breath of the Grey Wolves is now on his back," he said, speaking at his party meeting in the parliament.