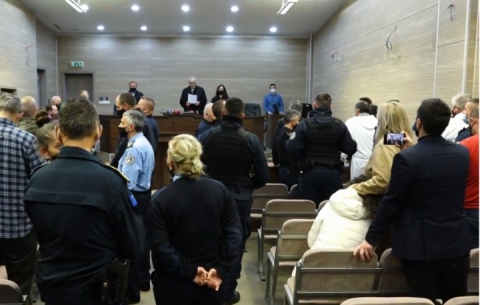 The Court of Appeals in Pristina on Thursday upheld the verdict sentencing former police officer Zlatan Krstic to 14-and-a-half years in prison and former police inspector Destan Shabanaj to seven years for their roles in a deadly attack on Kosovo Albanian civilians during the war.

The court rejected the prosecution's appeal for higher sentences and the defence's appeal for a retrial on the grounds of procedural violations.

Krstic was found guilty of being directly involved the attack in the village of Nerodime e Eperme/Gornje Nerodimlje in the Ferizaj/Urosevac municipality on March 26, 1999.

The court found that he took part in the destruction of houses and other property and was involved in expelling 15 members of a family and taking four others hostage, and later killing them.

Krstic also contributed to the mistreatment, torture and mutilation of the victims and in dumping their corpses by the side of a road in an attempt to conceal the crime.

The court found that Shabanaj ordered that the bodies of the victims be buried without dignity and in violation of the rules of war.

The bodies were taken from the morgue in Pristina before an autopsy was to a location near the cemetery in the town of Ferizaj/Urosevac, where Shabanaj was waiting for them.

Shabanaj was found to have ordered a man to dig a pit with an excavator in order to dump the bodies into it.

After the bodies were thrown into the pit, without respect for religious traditions and rituals, he ordered that they should be covered with earth and that no record of their identities should be left.