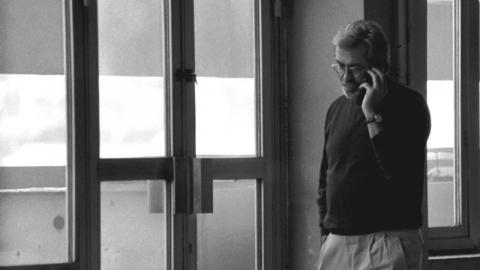 Belgrade Higher Court on Thursday found four former Serbian state security employees guilty after a retrial of the murder in 1999 of journalist and editor Slavko Curuvija, who was known for his opposition to the regime of Slobodan Milosevic.

The former head of Serbian State Security, Radomir Markovic, and security service officer Milan Radonjic were each sentenced to 30 years in prison, while secret service agents Ratko Romic and Miroslav Kurak were each given 20 years in prison. The verdict can be appealed.

Curuvija was murdered in Belgrade in April 1999, allegedly because of his opposition to Yugoslav President Milosevic. He was shot in the back 12 times in front of the building in which he lived in Belgrade.

Before he was killed, he had been outspoken in criticising Milosevic, openly accusing him of war crimes and running an oppressive regime.

The indictment initially said that an 'unknown person' ordered the killing of Curuvija, and that Radomir Markovic, the former head of Serbian State Security, abetted the crime, while three former security service officers - Ratko Romic, Milan Radonjic and Miroslav Kurak - took part in the organisation and execution of the murder.

Kurak was the direct perpetrator, while Romic was his accomplice, it alleged.

But the first-instance verdict in the trial in April 2019 said that the journalist was killed by an unknown perpetrator, rather than by Kurak. This caused Belgrade Appeals Court to quash the initial verdict and order a retrial.

Three of the suspects again pleaded not guilty, while Kurak is on the run and was tried in absentia.

Markovic is already serving a 40-year sentence for the murder of former Serbian President Ivan Stambolic and other crimes, while Romic was...

Bulgaria allowed a Russian plane to Fly through its Airspace

For Peace Today, Let’s Recall Wartime Yugoslav Feminist Solidarity
‘It’s [Not] Over’: The Past, and Present, of Lithium Mining in Serbia

Film on vanishing Slovenian language in Austria featured in Graz

Secret negotiations with Putin commenced; Main mediator is a woman well-known to us

‘I Wanted to Die’: Kosovo Mothers Haunted by Children’s Massacre