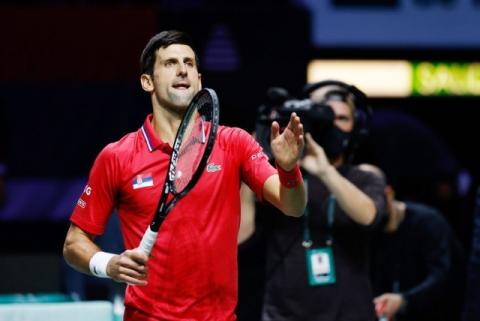 Tennis fever shakes the Balkans, a clash of neighbors and great tennis friends is one of the topics of the day in the tennis world.
It is a clash between two teams that have had the opportunity to win the famous "Salad Bowl" a total of three times in history.
Croatia celebrated twice with 3: 2, the first time in 2005 in Bratislava against Slovakia, and the last in 2018 in Lille with France, while Serbia won the trophy for the only time in 2010 in that famous victory over the French in the Belgrade Arena 3: 2.
In addition, the Croats are fighting for the fourth final, and Serbia for the second.
In any case, the meeting on the ground of Madrid gives both of them the opportunity to write new bright pages of history, but looking at the paper, Serbia is the favorite in this match.

This will be the third clash between the two teams in the Davis Cup competition, and in both previous matches, Serbia celebrated very convincingly.
It is interesting that for the first time since independence, both countries played in the quarterfinals of the competition, in 2010 in Split. Then Novak Djokovic, current coach Viktor Troicki, Janko Tipsarevic and Nenad Zimonjic celebrated with a big 4: 1. Points for Serbia were brought by Novak Djokovic, with victories over Ivan Ljubicic, 7: 6 (3), 6: 4, 6: 1 and Marin Cilic, 6: 3, 6: 3, 6: 2, and Janko Tipsarevic over Antoni Veic, 6 : 2, 7: 6 (2), as well as Tipsarevic and Zimonjic in the doubles, against Cilic and Ivan Dodig, 7: 6, 6: 2, 6: 4.
The only point for the Croats was brought by Marin ili with the victory over Viktor Troicki, 6: 4, 7: 5, 6: 2.

Democracy Digest: No Consensus on Mandatory Jabs in Central Europe