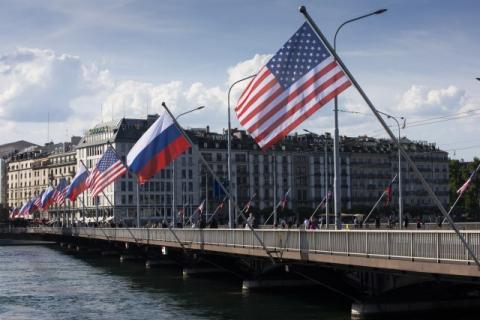 "We don't know if President Vladimir Putin made the decision to invade. We know that he is setting up the capacity to do so in the short term if he so decides," US Secretary of State Antony Blinken was quoted as saying by Reuters.
He added that if Russia goes through a confrontation when it comes to Ukraine, they have made it clear that they will "respond decisively, including through high-impact economic measures that they have refrained from in the past."
Blinken refused to state what sanctions Russia could face, and encouraged both Moscow and Kiev to return to diplomacy and revive the 2014 peace plan for eastern Ukraine.
The US Secretary of State spoke in Riga, after consulting with the foreign ministers of NATO and Ukraine, about the Russian accumulation of more than 90.000 soldiers near the border, reports "Klix.ba".

Russia has launched Military Maneuvers near Ukraine and in Annexed Crimea

The United States has put 8,500 troops on High Alert to be Sent in Europe