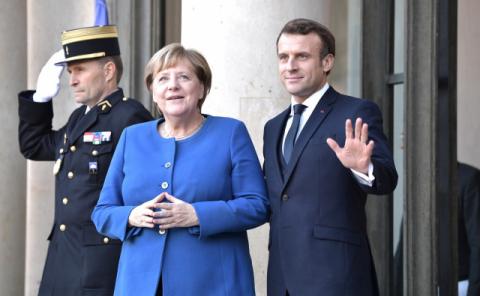 After 16 years in power, Merkel resigned as chancellor. Here is what world leaders have to say about it, synthesized by Deutsche Welle

Barack Obama: "I was lucky to be her friend"

Merkel has "a good sense of humor, wise pragmatism and a steadfast moral compass," former US President Barack Obama said about the German chancellor. According to him, "so many people - girls and boys, men and women, have an example in her persona that they can turn to in difficult times." And more from Obama: "I was lucky to be her friend."

And the current US president seems to appreciate the German chancellor. Joe Biden called her a "great friend, personal friend and friend of the United States," and described her rule as "historic." Merkel gets along much better with Biden than with his predecessor, Donald Trump. But overall, the relationship between them remains rather cool.

European representatives are vying to praise her. European Council President Charles Michel, for example, said about Merkel last week: "She is a monument. The European Council without Angel is like Rome without the Vatican or Paris without the Eiffel Tower. We will miss her wisdom, especially in difficult times. She is a compass and a guiding light for our European project. "

Few in the EU know Merkel as well as former EC chief Jean-Claude Juncker. He says of her: "To me she is a complete work of art, consisting of many separate parts." In those 16 years, she ...