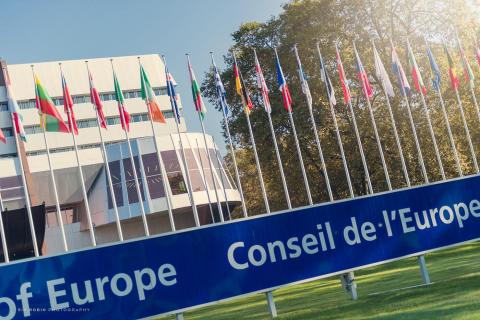 Turkey on Dec. 2 called on the Council of Europe to avoid interfering in internal affairs of Turkey ahead of a decision this week on whether Ankara could face rare disciplinary proceedings over the case of a jailed businessman.

"Out of respect for the ongoing judicial process, we invite the Council of Europe to avoid taking a decision which will qualify as interference with the independent judiciary," the Turkish foreign ministry said in a statement.

Osman Kavala was first arrested on criminal charges related to the 2013 Gezi protests when small protests in Istanbul spread into nationwide demonstrations which left eight protesters and a police officer dead.

Turkey's government has said the protests amounted​​​​​​​ to a coup attempt.

He was briefly released earlier this year but later remanded into custody by an Istanbul court as part of a probe into the 2016 defeated coup, with prosecutors accusing him of spying.

FETÖ and its U.S.-based leader Fetullah Gülen orchestrated the defeated coup of July 15, 2016, which left 251 people killed and nearly 2,200 injured.

Turkey accuses FETÖ of a long-running campaign to overthrow the state through the infiltration of Turkish institutions, particularly the military, police, and judiciary.

Kavala has remained in prison after a December 2019 ruling by the European Court of Human Rights (ECHR), which comes under the Council of Europe.

The rights body's committee of ministers, which is responsible for overseeing the implementation of ECHR judgements, began meeting between November 30 and December 2.

The committee of ministers has this week considered whether to launch infringement proceedings against Turkey over the failure to release Kavala last month.