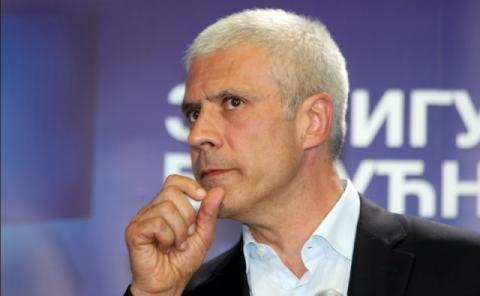 He also said that, as he did back then, he still supports this project, because it is good for Serbia.
"So, Rio Tinto came to Serbia during Kostunica's government, and the first negotiations started during Djindjic's time. Of course, we did not interrupt that research project during our mandate, because it has huge potential for Serbia's development and it was in Serbia's interest to finish the research and then assess the justification of further steps compared to the results of that research. This, of course, means that the profit was not more important than the protection of the environment and the health of citizens," Tadic explained to Danas.
He added that they hadn't disrupted it because the project has huge potential.
"This project has a huge potential for the development of Serbia, and it was in Serbia's interest to complete the research even then," he added. Asked how much damage would be done with the arrival of Rio Tinto, Tadic pointed out that it would be known how much benefit, and how much damage we should have first completed absolutely all relevant studies, instead of getting information about it from protests and slogans.
"Such studies have not yet been completed, and Rio Tinto has not yet completed the research phase, so it is irresponsible for anyone to make a definite statement at this time. Environmental protection is too serious a topic to be used for political manipulation and populism", Tadic explains.
He reminds that the former government was the first to start seriously dealing with the issue of environmental protection.
"Today, Djilas is accused of his words from a few years ago about the exploitation of jadarite. Still, everything he said then was true and we must not keep silent while retreating from...

The start of the school year might be postponed?