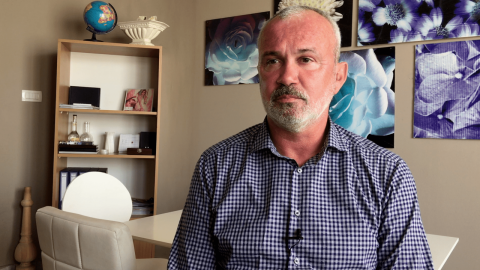 "Individuals charged with directly participating in the execution of the victims are among the suspects who have been arrested," the Bosnian state prosecution said in a statement.

The prosecution said that the suspects were arrested in several towns in Bosnia and Herzegovina and will be handed over to the prosecutor for questioning.

One of those arrested was Goran Saric, former commander of a Bosnian Serb police special brigade, who has previously been acquitted in two separate cases at the Bosnian state court of involvement in the 1995 Srebrenica genocide and of participating in war crimes in Sarajevo in 1992.

Twenty-two members of the Sarajlic, Sejmenovic and Malagic families, including seven children, were taken from their houses in Bukres near Bijeljina and killed on the banks of the River Drina in the village of Balatun at dawn on September 25, 1992.

The remains of 13 of the victims were found at a cemetery in the Serbian town of Sremska Mitrovica in 2002. Five more victims' bodies were later found and buried, while four victims are still missing.

Goran Saric was acquitted in...