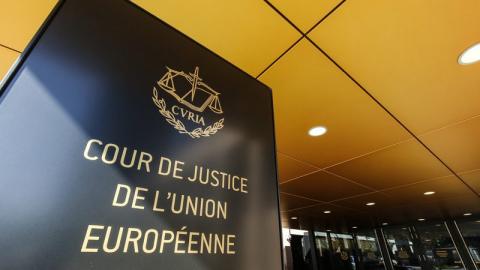 The targets of this tool are, of course, the illiberal governments of Central Europe, with European institutions gradually losing patience with the blatant attempts by the nationalist-populist Hungarian and Polish governing parties to undermine the fundamental values upon which the EU is based.

As such, it was no surprise when the Polish and Hungarian governments filed a lawsuit earlier this year claiming the new mechanism lacked a legal basis, was incompatible with EU Treaties and lacked clarity, and sought for its annulment.

Yet the advocate general of the CJEU found that the regulation is designed "to ensure proper management of the Union budget" and "compliance with the principles of the rule of law may be vitally important for the sound operation of public finances and the proper implementation of the Union budget."

The advocate general underlined that "it does not apply to all breaches of the rule of law, but only those that are directly linked to the implementation of the Union budget."

He also found it compatible with Article 7 of the Treaty of European Union, which defines how certain rights of member states can be suspended, and did not share the view of the Polish and the Hungarian governments that the regulation lacked legal clarity of what should be accepted as breaches of the rule of law.

"This is not a verdict, only an opinion!" Hungarian Justice Minister Judit Varga declared hopefully in a Facebook post. Despite the opinion of the court adviser, she said: "The Hungarian Government maintains its position and trusts that the Court will base its judgement solely on legal arguments and common sense, not following the Advocate General's erroneous reasoning. We say no to blackmailing with the rule of law!"

Bulgaria Remains at the Bottom of the Corruption Index
Data Dealing: Oversight Concerns in Hungary over AI Data