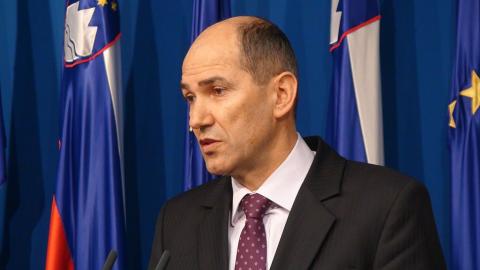 Budva – Slovenian Prime Minister Janez Janša discussed the need to bring the Western Balkans into the EU as he addressed by video link the summit of the Central European Initiative (CEI) in Budva on Friday. He also emphasised the initiative’s role as a bridge between the EU countries in Europe’s east and south-east.

The summit, which is being held in a hybrid form, also discussed response to topical challenges of sustainable development, international scientific cooperation, the region’s economy after the Covid-19 pandemic and the future of the CEI’s action within the given financial framework.

Janša discussed the importance of including the Western Balkans into the EU and for the EU to enhance its cooperation with Eastern Partnership countries.

He also emphasised the historically important cohesive role of the CEI, which given the topical international challenges he said had the opportunity to become again a major forum of cooperation between the EU and countries on its eastern and south-eastern borders.

The CEI is a regional forum promoting cooperation and partnership between the countries of Central, Eastern and South-Eastern Europe in areas such as politics, business, culture, science and tourism. It also provides support to the CEI countries that are not yet EU members in their accession process.