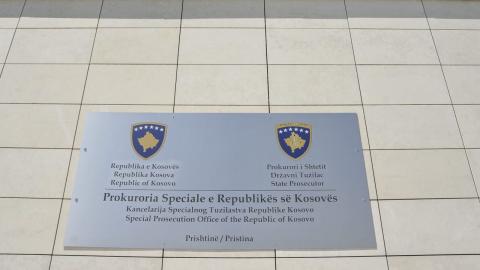 The Kosovo prosecution has added 31 more persons to a long list of those suspected of misusing agricultural funds, as authorities on Friday carried out a third wave of arrests, which started in March this year.

On Friday, the prosecution announced that it had arrested 31 more persons for bribery, misuse of office and fraud in agriculture subsidies.

It also said that 19 beneficiaries of state subsidies had been interviewed for fraud.

"Within due time, the prosecution will request detention for those who were arrested in today's operation," a prosecution press release said.

Friday's operation continues arrests that started in March, when 10 officials of the Agency for Development of Agriculture, which operates within the Ministry of Agriculture, and two other citizens were detained on suspicion of involvement in bribery and misuse of state cash.

BIRN learned that during this operation, money was found in two separate bags, one in the toilet of a house of one of suspects and another in the courtyard of another suspect.

In June, the prosecution announced seven more arrests in the same case.

In its latest annual Progress Report on Kosovo, in 2021, the European Commission noted that "corruption is widespread and remains an issue of serious concern" in the country.

The global watchdog Transparency International, TI, in its report for 2020, published early this year, ranked Kosovo in 104th place out of 179 countries in its corruption perceptions index - a decline of three places compared to 101st place the previous year.