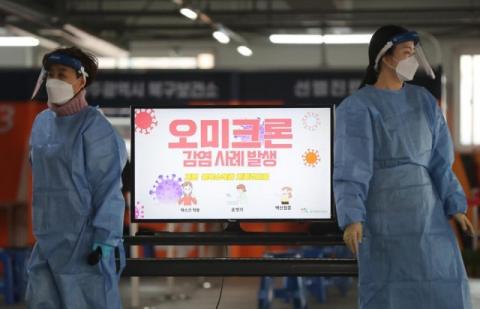 South African scientists have identified a new variant of the virus that causes COVID-19, and the World Health Organization gave it the spy fantastic name "omicron" within days, due to a series of mutations in its protein spikes, nanomechanical tentacles that connect and break into cells, scientific alarms have begun to sound off, writes Wired.
However, these were alarms in the style of "we need to check this", rather than "this stirs general confusion", the paper writes.

Panic spread as scientists identified omicron in 18 countries, leading to travel bans, border closures, stock market crashes and concerns in the United States over the holiday weekend that the world reversed to March 2020.
Researchers in South Africa and Botswana have discovered most of the cases so far, although this may be just an artifact of the search for them. On Tuesday, Dutch authorities announced that the earliest case they could identify was 11 days old, before the identification of omicrons in South Africa.
This means that the omicron strain is widespread and mysterious because no one knows anything about it yet. Public health authorities do not yet know whether it is more virulent or contagious than the delta strain, which has replaced most other variants of the SARS-CoV-2 virus since last summer.

One important thing that scientists need to know

"What scientists don't know, but need to find out, is how effectively omicron moves from person to person. Can it circumvent the immunity acquired by a previous infection or vaccine? Does it cause more serious diseases? We need more data," Angela Rasmussen, corona-virologist at the International Vaccine Center in Saskatchewan, Canada, said.
This includes...

Explosion and fire in the center of Athens, there are injured PHOTO / VIDEO