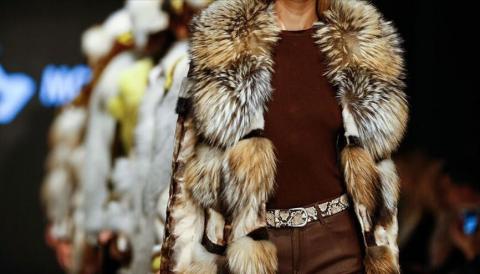 Elle magazine announced on Dec. 2 it will stop using fur in all its editorial and advertising content worldwide, becoming the first major publication to do so.

The monthly lifestyle magazine, which originated in France and is owned by French media group Lagardere, comes out in 45 different editions around the world. It has about 33 million readers from Mexico to Japan, with 100 million monthly online visitors.

"The presence of animal fur in our pages and on our digital media is no longer in line with our values, nor our readers," she said.

"It is time for Elle to make a statement... rejecting animal cruelty," Bessolo Llopiz told delegates at The Business of Fashion Voices 2021 event in Chipping Norton, in Oxfordshire, southern England.

Instead, she said the magazine wanted to "increase awareness for animal welfare" and "foster a more humane fashion industry."

The magazine has already dropped fur from 13 of its editions. Twenty more will drop fur from Jan. 1, 2022, and the rest will start a year later.

"We are in a new era and the Gen Z (born in the late 1990s to early 2010s), which is the golden target for fashion and luxury, has huge expectations in terms of sustainability and ethics," she added.