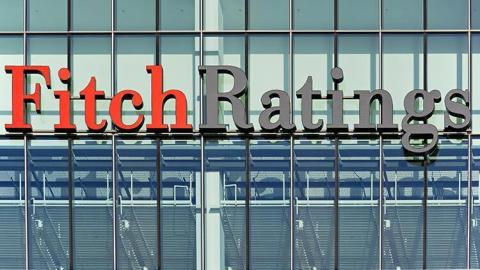 International credit rating agency Fitch has raised its Turkey growth forecast for 2021 from 9.2 percent to 10.5 percent, while it changed its outlook assessment from stable to negative.

"Although GDP growth is strong relative to peers, including 1.8 percent of GDP in 2020 and Fitch's forecast of 10.5 percent in 2021, GDP per capita in U.S. dollar terms has deteriorated since 2013, falling by almost $4,000 to a forecast $8,500 in 2021, due to the multi-year weakening of the currency, putting additional downward pressure on Turkey's credit profile," it said in a statement on Dec. 2.

"Negative real rates, the absence of policy guidance, statements by government officials arguing for a weaker lira as part of an economic development strategy and rising inflation and inflation expectations will maintain pressure on the currency," it added.

It forecast 25 percent inflation by year-end and expects it will average about 20 percent over the next two years.
"International reserves have recovered due to strong export revenues, net external borrowing and the increase of the FX swap with China and a new one with South Korea, as well as $6.4 billion IMF SDR allocation. We forecast reserves to reach $119 billion at end-2021," read the statement.

"A credible and consistent policy response that stabilizes confidence and reduces macroeconomic and financial stability risks, for example by reigning in inflationary pressures," could lead to positive rating upgrade, it added.