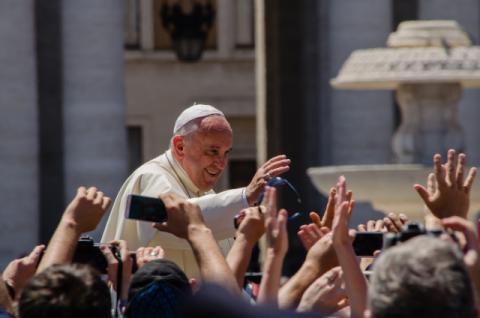 The pope is expected to land in Athens at 11:10 a.m. He will arrive from Cyprus.

More than 3,500 police officers will monitor security in Athens during Pope Francis' visit. Police also banned rallies and other mass gatherings in a number of areas of Athens. Two protests "against forced vaccination" were planned for the center of Athens today.

On Sunday, the pope will leave for the island of Lesbos, where he will visit a reception center for refugees and migrants. The press service of the Greek president announced that Sakellaropoulou and Greek Minister of Migration Notis Mitarakis will accompany Pope Francis during his visit to the island of Lesbos. In the evening the Pope will return to Athens.

On Monday, he will meet with Greek Parliament Speaker Konstantinos Tasoulas and later visit a school in Athens.

EU: €657 million for the EuroAsia Interconnector
Turkish FM Cavusoglu direct threat to Greece and Cyprus: “They will pay a heavy price for abetting terrorists”