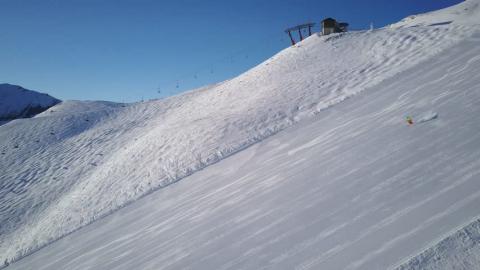 The Slovenian team scored 834.4 points in the event marked by strong winds, with Cene Prevc boasting the longest jump of 135 metres in the finals.

Peter Prevc jumped 121 metres and Zajc landed at 122.5 metres despite difficult weather conditions. Lanišek, who was the last to jump, only made it to 111.5 metres, so the dreams of the first team victory since 2019 were diminished.

But the overall result was enough for the third place, which is the first podium result for Slovenia’s team after the last four team events of the last season.

All six Slovenian ski jumpers will also compete individually at the Sunday event.