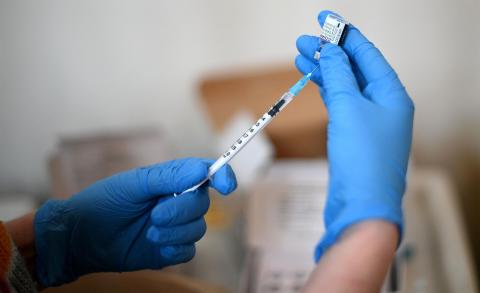 Australia on Dec. 5 cleared the first COVID-19 vaccine for children aged five to 11, with the next stage of its vaccine rollout expected to start in early 2022.

Health Minister Greg Hunt said medical regulators had granted provisional approval for the Pfizer-BioNTech vaccine to be administered to younger children for the first time.

It follows similar decisions in the European Union, the United States, Israel and Canada.

Hunt said the vaccination of 2.3 million Australian children in the cohort will start on January 10, subject to approval from the nation's immunization advisory body.

"It is recommended for children right across Australia," he said of the vaccine.

The Therapeutic Goods Administration regulatory authority said children aged five to 11 would receive a smaller vaccine dose than people 12 years old and above.

Agency head John Skerritt said he was confident in both the efficacy and safety of the formulation, adding "it has extensively been clinically tested".

Almost 93 percent of Australians aged over 16 have now received a first vaccine dose, with 88 percent of the population double-dosed.

Booster shots were authorized in October, with people encouraged to receive their third jab after six months.

Australia has Called on its Citizens to leave Ukraine

The collapse of Australia