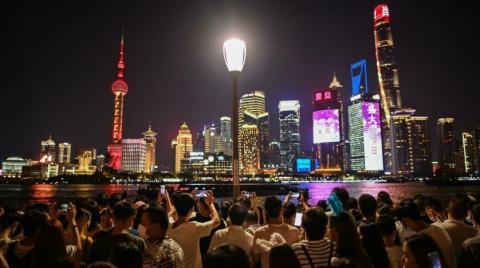 The idea of spending millions on non-existent land may sound ludicrous - but feverish predictions of a virtual reality future are pushing investors to bet big on digital real estate.

This week, New York-based company Republic Realm announced it had spent a record-breaking $4.3 million on digital land through The Sandbox, one of several "virtual world" websites where people can socialise, play games and even attend concerts.

That came hot on the heels of a $2.4-million land purchase in late November on a rival platform, Decentraland, by Canadian crypto company Tokens.com. And days before that, Barbados announced plans to open a "metaverse embassy" in Decentraland.

Such websites bill themselves as a prototype of the metaverse, a future internet where online experiences like chatting to a friend would eventually feel face-to-face thanks to virtual reality (VR) headsets.

"Metaverse" has been a Silicon Valley buzzword for months, but interest soared in October after Facebook's parent company renamed itself "Meta" as it shifts its focus towards VR.

The Facebook rebrand "introduced the term 'metaverse' to millions of people a lot faster than I would have ever imagined," said Cathy Hackl, a tech consultant who advises companies on entering the metaverse.

According to crypto data site Dapp, land worth more than $100 million has sold in the past week across the four largest metaverse sites, The Sandbox, Decentraland, CryptoVoxels, and Somnium Space.

For Hackl, it's unsurprising that the market is booming, spawning an entire ecosystem around virtual real estate, from rents to land developers.

"We're trying to translate the way we understand physical goods into the virtual world," she told AFP.

Bulgaria Edges Closer to Third Election in a Year