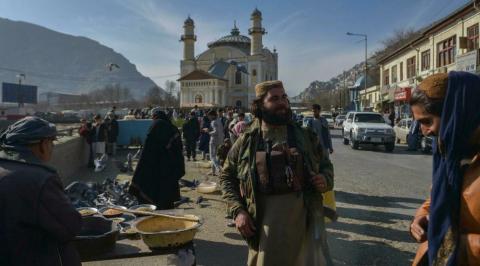 The United States on Dec. 4 led a group of Western nations and allies in condemnation of the Taliban over the "summary killings" of former members of the Afghan security forces reported by rights groups, demanding quick investigations.

"We are deeply concerned by reports of summary killings and enforced disappearances of former members of the Afghan security forces as documented by Human Rights Watch and others," read a statement by the United States, the European Union, Australia, Britain, Japan and others, which was released by the State Department.

"We underline that the alleged actions constitute serious human rights abuses and contradict the Taliban's announced amnesty," the group of nations said, as it called on Afghanistan's new rulers to ensure the amnesty is enforced and "upheld across the country and throughout their ranks."

Early this week Human Rights Watch (HRW) released a report that it says documents the summary execution or enforced disappearance of 47 former members of the Afghan National Security Forces, other military personnel, police and intelligence agents "who had surrendered to or were apprehended by Taliban forces" from mid-August through October.

"Reported cases must be investigated promptly and in a transparent manner, those responsible must be held accountable, and these steps must be clearly publicized as an immediate deterrent to further killings and disappearances," the countries - which include Canada, New Zealand, Romania, Ukraine and several European nations - said in their statement.

"We will continue to measure the Taliban by their actions."

The Taliban took power in Afghanistan in August as the U.S.-backed government in Kabul and the country's military collapsed.