DPS at the Consultations with the President: Bulgaria Needs a Regular Cabinet 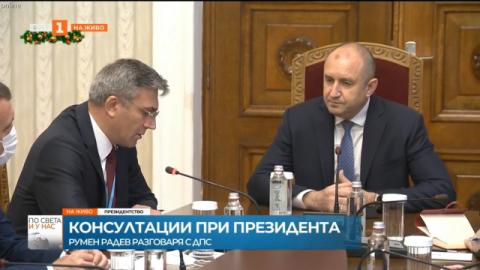 At 11.30 am, the Movement for Rights and Freedoms entered into consultations with the President to form a government.

"This year the Bulgarian citizens voted for change in three consecutive elections. Our society's expectations are for a regular government. Therefore, the opinion of each of the parliamentary groups on the activities of the new parliament, the work and formation of the future government is important for us," said in front of DPS representatives, President Rumen Radev.

DPS leader Mustafa Karadayi said there were indeed three elections as a result of the country's political crisis. According to him, however, the political crisis does not occur in one day, and over the years we have reached the situation we are in.

Karadayi said the country needs a regular cabinet in view of the many crises - the crisis, health, social, economic and financial, inflation, which is currently developing, rising prices.