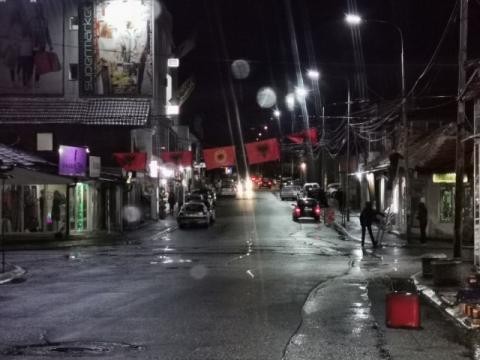 This was announced by the Office for Kosovo and Metohija of the Government of Serbia.
The statement points out that this is a "deliberate, dangerous provocation aimed at provoking an unbalanced reaction of the Serbian people in the north of the province, who suffered severely at the hands of KLA terrorists."
The Office for Kosovo and Metohija believes that, although the perpetrator is hidden, the celebration of the terrorist KLA has its recognizable signature and "leads all the way to the authorities in Pristina".
The statement estimates that "Albin Kurti's obvious intention is to raise tensions in the north of Kosovo and Metohija again, provoke incidents and thus try to collect some political points."
It is also stated that "the fact that Kurti is not welcome in Serbian communities in Kosovo and Metohija, and the north of the province is his daily obsession, cannot be compensated by such actions and hoisting the flags of terrorist organizations in Serbian communities."
"It is clear that Kurti is obviously not interested in dialogue and normalization of relations, but he is interested in a new flare-up of tensions through which he once again shows his true face as an extremist, disguised as a politician," the Office for Kosovo and Metohija concluded.