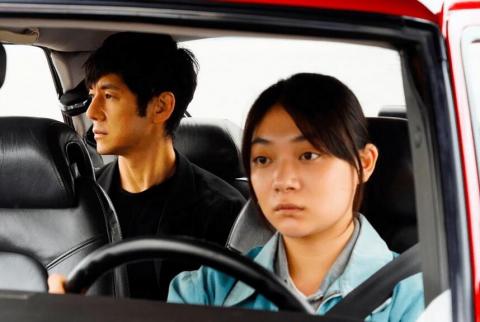 Hamaguchi's film, about a widowed actor played by Hidetoshi Nishijima, has been widely hailed since its debut earlier in the year at the Cannes Film Festival, where it won for best screenplay.

"Drive My Car," which recently opened in limited theatrical release, is Japan's submission to the Academy Awards. It's only the second time in the last four decades that the critics' top honor went to a non-English-language film. (The other was Alfonso Cuaron's "Roma" three years ago.)

The New York critics, as it typically does, otherwise spread its honors around. Best actress went to Lady Gaga for her performance as Patrizia Reggiani in Ridley Scott's "House of Gucci." Kathryn Hunter won for her ghostly witch in Joel Coen's upcoming Shakespeare adaptation "The Tragedy of Macbeth." Paul Thomas Anderson took best screenplay for his coming-of-age comedy "Licorice Pizza."