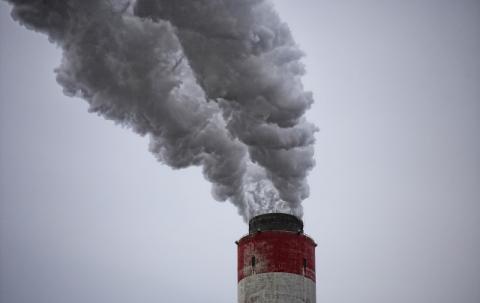 The majority of people in European cities live among unhealthy levels of air pollution, despite improvements over the past two decades and declining emissions due to the COVID-19 pandemic. This was announced by the European Environment Agency (EEA), quoted by Reuters.

While dust and harmful gases in Western Europe are mainly due to road traffic and industry, in Central and Eastern Europe they are mainly associated with the combustion of solid fuels for home heating. Bosnia, Turkey, Poland and Bulgaria are among the countries with the highest levels of pollution. In the western part of the continent, pollution is highest in Germany and Luxembourg and is mainly due to road transport.

Air pollution is the biggest environmental health risk in Europe, with fine dust particles causing 307,000 premature deaths in the EU in 2019. That's about 33% fewer deaths than in 2005, according to the EEA. Exposure to air pollution has been linked to lung cancer, cardiovascular disease and asthma.

About 97% of the EU's urban population has been exposed to fine particulate matter levels exceeding the World Health Organization guidelines in 2019, while 94% have faced levels of nitrogen dioxide (NO2) in excess of WHO recommended limits, according to the agency's annual report.

Preliminary data for 2020, which are not fully confirmed, show some improvements, and according to the EEA, this is probably due to weather conditions and quarantines due to COVID-19. 95% of air quality monitoring stations in the EU and Turkey registered concentrations of fine dust particles above the WHO guidelines in 2019. Nitrogen dioxide exceedances were noted in 79% of stations. For 2020, they are in 92% and 71% of stations, respectively, compared to last year....