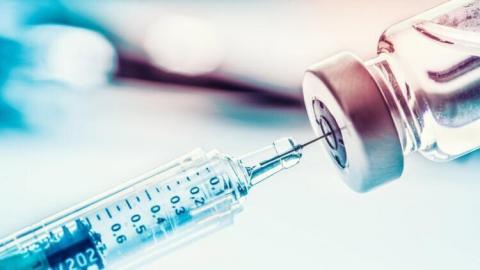 Initial data suggest that locally developed vaccine Turkovac is very effective against COVID-19, an expert has said, while Health Minister Fahrettin Koca has voiced concern over the slow pace in the jab drive, particularly in the second shot of the vaccine.

Professor Ateş Kara, a member of the country's Coronavirus Science Board, said that the first data obtained showed that Turkovac was "very successful" and maybe even "a little better in comparison with other inactivated vaccines."

Turkovac was developed by a team of scientists in cooperation with the Presidency of Turkish Health Institutes (TÜSEB) and Kayseri Erciyes University, and its phase 3 human trials started in June.

The emergency authorization application for Turkovac was submitted last week to the Turkish Medicines and Medical Devices Agency (TİTCK).

Meanwhile, as Turkey's vaccination drive against the pandemic continues successfully, the latest remarks of a senior official show that there are 35 provinces in the country where the vaccination drive is moving slow.

Health Minsiter Fahrettin Koca said that it is regrettable that there is no serious increase in the vaccination rate in Turkey as in the past, noting that the rate of the second-dose jab in 30 provinces was below 75 percent.

"We were all happy when a dose of vaccine was made anywhere in Turkey. We were aware that vaccination is our duty towards all members of the society," the minister noted, stressing that the vaccine remains important.

Turkey has administered more than 121 million doses of COVID-19...