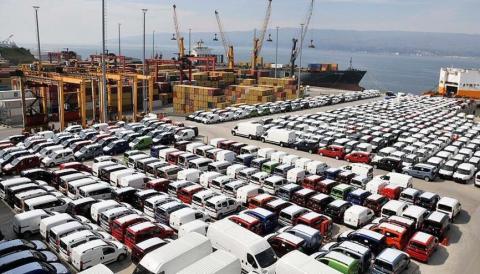 Turkish automotive exports rose 16 percent to $26.4 billion in the first 11 months of this year, according to the Uludağ Automotive Industry Exporters' Association (OİB).

With $29 billion at the end of this year, the sector aims to get closer to the three-year pre-pandemic period annual average, OİB said in a press release on Dec. 5.

Despite the contraction, the automotive sector's exports were above the 11-month average of $2.4 billion in November, OİB Head Baran Çelik said.

"While auto supply industry exports jumped in double digits, exports of passenger cars and goods transport motor vehicles declined in double digits. We also recorded double-digit growths in exports to countries such as Germany, the United States and Egypt," he added.

In the three years before the pandemic crashed the global supply chains at the beginning of 2020, the average of Turkey's automotive exports was $30 billion annually.

Turkish automotive exports' share in the country's overall exports is around 11.8 percent, according to his remarks.

In the same month, automotive exports to Russia, Egypt, Romania and the United States jumped by 44 percent, 31 percent, 25 percent and 11 percent, respectively.

On the other hand, automotive exports to France dropped by 11 percent to $291 million and exports to the United Kingdom contracted by 16 percent to $223 million. Exports...