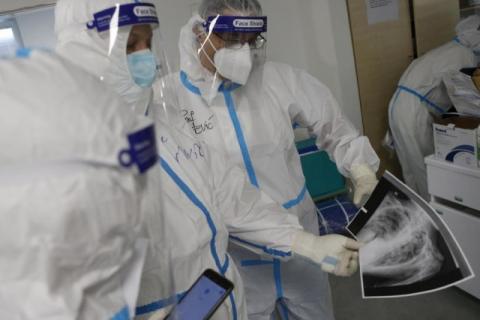 12.036 people lost the fight against the coronavirus, 41 of them in the previous day.
3.304 people were hospitalized, and 194 were on respirators.
A total of 1.268.787 cases of coronavirus have been confirmed in Serbia so far.
Let us remind you, 1.884 infected people were registered on Tuesday, and 40 people died.
Passengers from Serbia who returned to the country from risky countries due to the new omicron strain, were placed under surveillance and quarantined.
Virologist Milanko Sekler estimated today that, according to research by South African doctors, the new strain of coronavirus - omicron, is twice as easily transmitted as delta strain, but causes a "much lighter" clinical picture.
"Here (with omicron strain) we don't have any symptoms, the clinical picture is easier, without pneumonia, fever, it looks like a short-term cold and the main clinical sign is terrible fatigue that lasts for several days. It is encouraging that the average stay in the hospital is between two and eight days, and many people are asymptomatic", Sekler said.
He added that the "death curve" in omicron is "straight and at rest, which is the most important thing", despite a huge number of hospitalized.