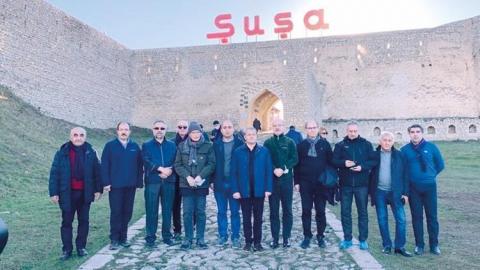 Speaking at a press conference held in Baku, Sancar said that he considers the liberation of Karabakh as the greatest victory after the Turkish War of Independence and that he followed the 44-day war "day and night."

Noting that it was clearly seen on his way to Fuzuli by plane that Karabakh was completely destroyed, Sancar said that he did not see a single building standing up in the region and that there was a scene of complete savagery.

Stating that he had a nice and positive meeting with Azerbaijani President İlham Aliyev, the prominent scientist said that the Karabakh War and the 30-year-old hypocrisy of the OSCE Minsk Group were discussed during their meeting.

Sancar also stressed that it is necessary to be "strong in science."