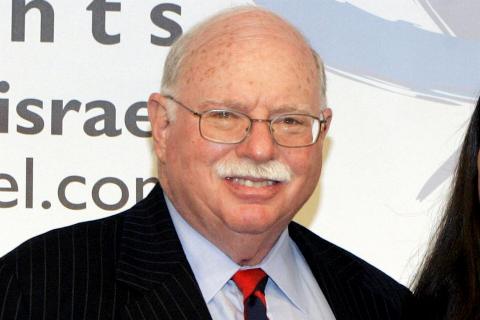 A prominent U.S. art collector and billionaire philanthropist has returned 180 works of art and antiquities stolen from around the world -- some from ancient Greece -- that are estimated to be worth $70 million, Justice Department officials in New York said on Dec. 6.

The move, announced by Manhattan attorney general Cyrus Vance's office, allows 80-year-old Michael Steinhardt to avoid indictment and trial for the time being, but bans him for life from acquiring antiques on the legal art market.

The works of art include a Greek drinking vessel fashioned in the shape of a deer's head dating from 400 BC and worth $3.5 million, and an ancient Greek larnax -- a kind of funerary box -- dating from between 1200 to 1400 B.C. and worth a million dollars.

"For decades, Michael Steinhardt displayed a rapacious appetite for plundered artifacts without concern for the legality of his actions, the legitimacy of the pieces he bought and sold, or the grievous cultural damage he wrought across the globe," Vance said in a statement along with the announcement, which came after a years-long investigation.

Vance said the New York financier, estimated by Forbes to be worth $1.2 billion, "knew no geographic or moral boundaries, as reflected in the sprawling underworld of antiquities traffickers, crime bosses, money launderers, and tomb raiders he relied upon to expand his collection."

The offices of Steinhardt's hedge fund and his Fifth Avenue apartment have been raided in recent years by Vance's investigators. The district attorney has made it a priority to track stolen works, seizing some from museums, private collections or auction houses,- and return them to their rightful owners, including in Lebanon, Pakistan and Italy.