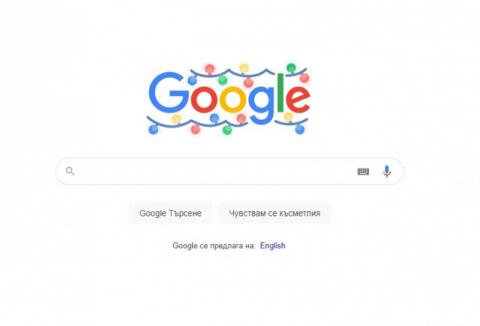 ● The most sought after person during the year is Kiril Petkov;

● The most popular event is the European Football Championship.

In 2021, the postponed European Football Championship was held. The event leads the Google Zeitgeist - the ranking that synthesizes the "spirit" of the year in a few words and expressions that users have searched for most often on the Internet.

Bulgarians have searched Google for more health information and news on political topics. Among the unique searches for the year are "covid vaccine" and "green certificate", the Bulgarian was looking for additional information about measures to prevent pandemic disease. The most watched series on Netflix - Squid Game also finds a place among the General Searches.

The most searched personalities form an irregular profile of the nation's interests. Kiril Petkov is followed by Djuliana Gani, and Nikolay Vassilev completes the top three. Ivet Goranova's sports achievements also give her a place in the top six, and Maria Bakalova is 8th, followed by Maggie Bader. Boyko Rashkov closes the top ten.

Among the most searched politicians are those mentioned above, as well as the amazing Miyka Zaykova and many new faces in politics such as Iva Miteva, Petar Iliev, Plamen Nikolov, Anastas Gerdjikov. Well-known political figures such as Delyan Peevski and Daniel Mitov are also of interest.

In 2021, among the most searched recipes are the prosaic sarma and beans, which are traditionally on the table and in the Google rankings. On the other hand, this year's list includes culinary temptations at a higher level, such as waffles, eclairs, caramel cream and pancakes.

The categories with the...