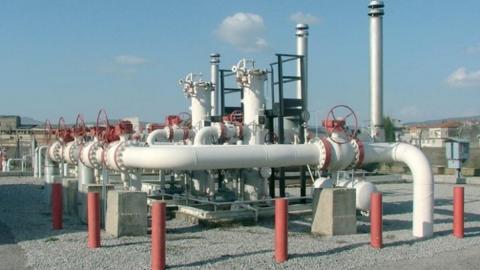 "In other words, we will be capable of storing nearly 20 percent of natural gas we consume in a year," he said during a speech he delivered at the general assembly of the Turkish parliament.

Currently, Turkey's national pipeline company Botaş has been operating a floating storage and regasification unit (FSRU) in the southern province of Hatay, a liquefied natural gas (LNG) terminal in the northwestern province of Tekirdağ and two underground natural gas storage facilities in Istanbul's Silivri district and the Central Anatolian province of Aksaray.

Botaş has kept natural gas price for households unchanged in November and December, while increasing prices for businesses and power stations.

Natural gas price for households has been steady at 1,488 Turkish Liras ($156.2) per 1,000 cubic meters. Botaş said on Dec. 3 that it had raised natural gas prices for industrial use and for electricity production by 20 percent.