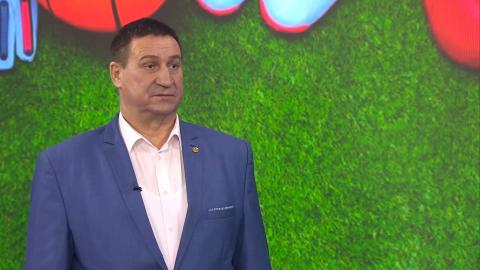 "Vladimir Bazanov and his wife were granted a Schengen visa at the request of UEFA. The visa was issued by the territorially responsible Hungarian consulate on May 21, 2021 on behalf of Switzerland, acting within the framework of the visa representation agreement," the Foreign Ministry wrote in a statement to BIRN.

Belarus is a European pariah following the decision by Lukashenko to foment a migrant crisis on the EU's borders by tempting thousands of migrants from the Middle East and Africa to travel to Belarus and herding them across the borders of Poland and the Baltic states. The weaponization of the migrants is seen a cynical ploy by Belarus to retaliate for sanctions Brussels imposed for the rigged presidential election in the autumn of 2020 and subsequent violent crackdown on protestors. Belarus has dismissed the accusations as "absurd".

The response of the EU has been robust, coordinating with the US, UK and Canada a new round of sanctions on "certain individuals and entities" of Belarus for "orchestrating" the irregular migration, which has resulted in thousands of vulnerable people being stranded in the freezing cold along the EU's border and at least a dozen deaths.

All European member states have backed the sanctions, which has left Hungary looking rather embarrassed and isolated by the Bazanov affair.

Reports have revealed that Bazanov entered the Czech Republic with his wife to attend a women's World Cup qualifier between Czechia and Belarus scheduled for November 30 in Opava. However, the Belarusian Sports...