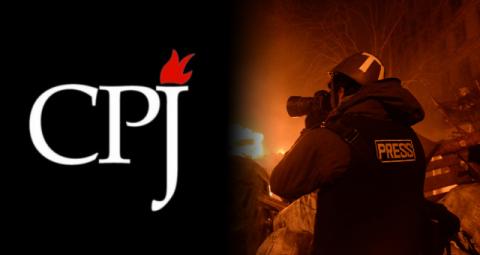 The number of journalists around the world behind bars has reached its highest level in 2021, according to a new study by the non-profit organization Committee for the Protection of Journalists (CPJ), Reuters reported. The report states that as of December 1 this year, 293 reporters are in prison.

Although the reasons for imprisoning reporters vary from country to country, the record number reflects political turmoil around the world and growing intolerance of independent information, said the US-based non-profit organization.

"This is the sixth consecutive year that CPJ has documented a record number of journalists imprisoned around the world," said CPJ Executive Director Joel Simon.

"This record number reflects two inextricably linked challenges - governments around the world are determined to control and manage information, and are increasingly bold in their efforts to achieve this," Simon said.

Among the journalists killed in 2021 were Danish Siddiqui, a Reuters photographer who died in a Taliban attack in Afghanistan in July, and Gustavo Sanchez Cabrera, who was shot and killed in Mexico in June.

China has imprisoned 50 journalists, the most of any country, followed by Myanmar, 26, where reporters were arrested as part of tough measures to curb discontent following the February 1 military coup. In third place is Egypt (25), followed by Vietnam (23) and Belarus (19), the CPJ said.

For the first time, journalists are on the CPJ list in...

Foreign leaders at a military parade in Moscow?
International Chernobyl Disaster Remembrance Day: All you need to know