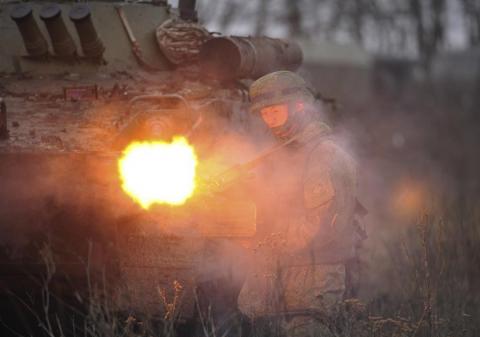 U..S President Joe Biden said on Dec. 10 he called Germany's new chancellor, Olaf Scholz, and discussed tensions on the Ukrainian border, where tens of thousands of Russian troops are massed.

Biden tweeted he had called Scholz to congratulate him on becoming German leader. "I look forward to working closely together on the full range of global challenges, including transatlantic efforts to address Russia's destabilizing military buildup," he wrote.

The call with Scholz capped an intense week of telephone diplomacy for Biden on Ukraine, which fears Russian invasion.
On Tuesday, Biden spoke with Russian President Vladimir Putin, warning him of severe economic sanctions if the troops deployed to the border go on the attack.

He also said the United States would work with Russia in restarting a diplomatic process.

Biden spoke to major European powers before and after the Putin talks. On Thursday he called the president of Ukraine and the leaders of nine eastern European allies.

Scholz took over from his long-standing predecessor Angela Merkel this week.

In a statement, the White House said Scholz and Biden also discussed a "full range of global challenges, including continued efforts to end the Covid-19 pandemic, counter the threat of climate change, and address Russia's escalation of forces surrounding Ukraine."