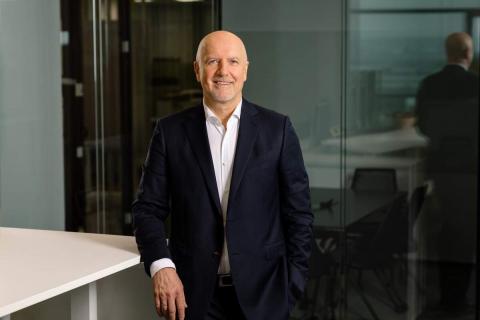 Leszek Wacirz, who has served in the senior management of various regions for 27 years under the umbrella of Nestle, has been appointed as the new general manager of Nestle Turkey.

Wacirz will take up his post on January 1, 2022, according to a company statement released on Dec. 10.
The board of directors of the Swiss food and drinks company has decided to continue its activities with a new regional structure aiming to create a more agile business model.

In line with the structural change that will be implemented by 2022, Yasser Abdul Malak, who is currently the CEO of Nestle Turkey, has been appointed as the general manager of Nestle in the Middle East and North Africa region.

Previously, Wacirz served as general manager of Nestle in the Southeast European markets includingBulgaria and Romania.
Born in Poland, 57-year-old Wacirz started his career as a sales representative at Nestle Poland in 1994.

Nestle entered the Turkish market in 1875 with milk-based infant formula Farina Lactee. Nestle opened its first sales office in Istanbul in 1909 and established its first factory in the metropolis in 1927.

Operating with more than 800 products in 11 different categories and with nearly 50 brands in Turkey, Nestle currently continues its production and export activities at its four factories in the northwestern province of Bursa.