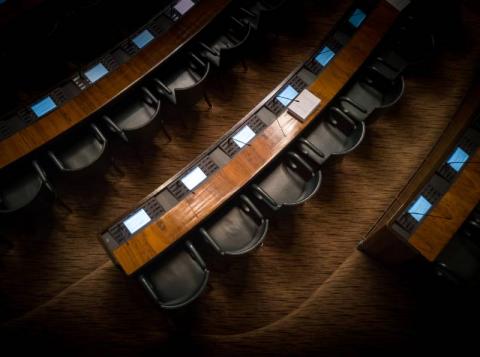 Rome – The council of the Alliance of Liberals and Democrats for Europe (ALDE) discussed on Saturday the merger of the Slovenian coalition Modern Centre Party (SMC) with the Economically Active Party (GAS) into Concretely. It decided that this effectively ended the membership of the SMC in ALDE, and that the new party could again apply for membership.

The decision comes after the SMC and GAS confirmed the merger in Concretely at a congress a week ago, with the session of the ALDE council in Rome being also attended by representatives of the other two Slovenian ALDE members – the Alenka Bratušek Party (SAB) and the Marjan Šarec List (LMŠ).

That the new party would need to apply again for ALDE membership is indicated by the internal rules of the political group in the European Parliament, and this was confirmed by ALDE council today, the STA has learned.

The initiative for ALDE to exclude the SMC was launched in mid-October by the SAB, which together with the LMŠ has also proposed a resolution on the respect of liberal values, which has been agenda of the ALDE council session.

The resolution calls on ALDE members not to sign any coalition agreements in their respective countries that would undermine core liberal values and urges them to “publicly distance themselves from any unacceptable actions and positions of national coalition partners that are incompatible with the views of ALDE”.

The initiative to draft the resolution came about after the SMC “transformed itself into a completely different party” when it entered Janez Janša’s government and distanced itself from the above-mentioned values, the SAB and the LMŠ said.

The SMC meanwhile said that the newly formed party would be the legal successor of the SMC and that the party formally remained a member of ALDE until all proceedings are concluded.