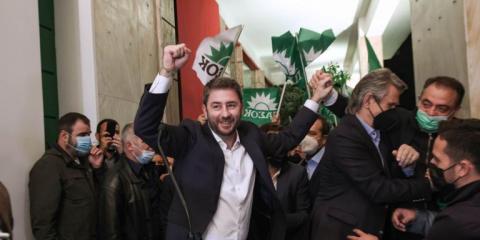 Liberal democracies, on both sides of the Atlantic, were tested over the last years by a wave of populism that attempted to sweep away everything in its path.

Values were disputed, institutions were undermined, and ideological quests that came to the forefront reminded one that the ghosts of the past have not been definitively banished, that they were simply in hibernation, in waiting.

On the ever sensitive European continent, the forces of populism called into question the EU itself. Effectively, the principles and values upon which contemporary Europe was founded were disputed.

A substantial part of those principles and values derived from the ideological reservoir of Social Democracy.

The social state, recognition of a series of individual rights, the expansion of the middle class, inclusiveness, and the regulatory function of the state were the answer to conservative forces that swore by the preservation of the status quo and the untrammelled self-regulation of the market.

In the framework of that ideological dispute, Social Democracy was accused of being squanderous, was denounced as "statist", and was declared to be an obstacle to economic development.

Some, who were certainly misled, believed that the end of history had come once again.

At what point in the historical cycle are we today?

The neo-liberal policies of Ronald Reagan and Margaret Thatcher have been transcended by reality.

Fortunately, the forces of populism are losing the war that they declared. The ideological arsenal of Social Democracy is making a comeback, from Scandinavia and southern Europe to the US and Japan.

Even institutions once known for their unbending and hardcore positions, such as the IMF, today acknowledge that their...

Biden asked Congress for $33 billion in Aid to Kyiv, NATO thinks the War in Ukraine could last for Years