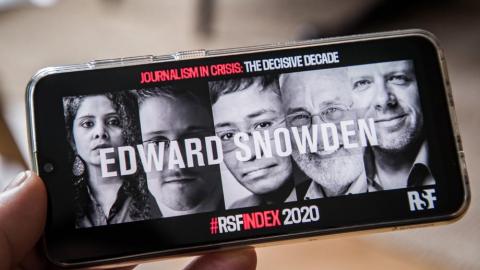 European media in general has been facing a dual threat for over a decade. On one side there are the illiberal governments, especially in Central and Southeast Europe, using increasingly sophisticated means to defenestrate the independent media, while on the other side are the tech giants eating into the traditional media's business.

The result has been a steady deterioration in media pluralism, a rise in violence and intimidation against journalists, and more of what Reporters Without Borders (RSF) has called "creeping news deserts", where journalists are unable to disseminate accurate information to the public.

In its 2021 Press Freedom Index, RSF noted that: "the mechanisms the European Union established to protect fundamental freedoms have yet to loosen Viktor Orban's grip on Hungary's media or halt the draconian measures being taken in other Central European countries."

The new Media Freedom Act, which according to the Commission's work program will be presented in the autumn of 2022, is supposed to remedy that. The European Commission says the legislation will build on the revised Audiovisual Media Services Directive and complement the Digital Services Act package, which sets out a new deal for online media and journalism.

"There are signs that the regulatory machinery of the EU is being honed into a much more integrated framework, and that the Media Freedom Act is part of a coherent, deliberate plan to shore up democracy," reckons Dr Damian Tambini, associate professor in the Department of Media and Communications at the London School of Economics.

European Commissioner for Values and Transparency Vera Jourova gives a press conference on proposals to reinforce democracy and the integrity of elections, in Brussels, Belgium, 25...