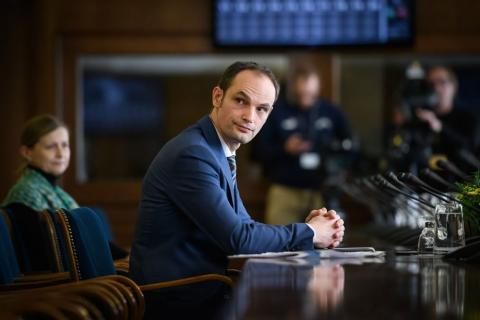 Brussels – EU foreign ministers were clear as they met in Brussels on Monday that any aggresion by Russia against Ukraine will have political consequences and a high economic cost, said EU foreign policy chief Josep Borrell, while Slovenian FM Anže Logar added that there was a general awareness of the gravity of the situation.

“Any misinterpretation of an action could trigger a chain reaction that no one wants,” Logar said in a virtual conversation with Slovenian correspondents in Brussels on Monday. The build-up of Russian forces near and inside Ukraine will also be discussed by EU leaders on Thursday.

The EU reiterated its unwavering support for Ukraine’s territorial integrity, sovereignty and independence. It is closely coordinating with its partners, in particular the US, on sanctions against Russia in the event of a new invasion of Ukraine.

In addition, the EU foreign ministers and their Qatari counterpart Mohammed bin Abdulrahman Al Thani discussed the situation in Afghanistan, where the Taliban regained power following the withdrawal of NATO forces in August.

Qatar plays a strategic role in dealing with the situation in Afghanistan, Borrell said of the importance of contacts with the country, citing the examples of facilitating communication with the Taliban and the delivery of humanitarian aid.

Logar added that the in-depth discussion with Al Thani, in light of Qatar’s role as mediator between the West and the Taliban regime, showed that a common approach does offer opportunities for a less negative development of events in Afghanistan.

The ministers also discussed relations with China at the request of Lithuania, which is facing China’s economic sanctions over the opening of a Taiwanese diplomatic mission in Vilnius.

In the context of the China-Lithuania debate, several countries were also expected to raise the issue of the diplomatic boycott of the Beijing Winter Olympics, but Logar said this was not discussed today.