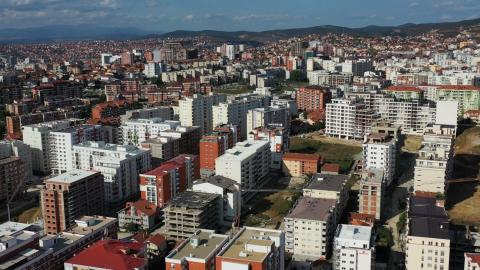 From the post-war period in 2000 until Kosovo's declaration of independence in 2008, Kosovo was run by the UN's interim administration, UNMIK, which together with domestic political leaders attempted to create institutions that would be able to implement a newly-established legal framework for the country.

UNMIK established the Directorate for Property Residential Issues in 1999. It was set up because after the Yugoslav authorities abrogated Kosovo's autonomy within the former Yugoslavia in 1989, many ethnic Albanians were deprived of their properties due to their ethnicity.

The agency was intended to restore properties to their rightful owners which had been seized on the basis of ethnic discrimination.

The majority of property claims were made by Kosovo Serbs who allege that people illegally moved into their homes after they fled to Serbia in the wake of the Kosovo war in 1999, when Yugoslav forces pulled out and Serbs feared for their security. The houses they left were then sometimes sold and resold, causing a legal mess when the original owners tried to get their properties back.

In a report on the human rights situation in Kosovo in 2020, the US State Department criticised the authorities for their failure to resolve the country's property restitution issues.

"A complex mix of laws, regulations, administrative instructions, and court practices, as well as the illegal reoccupation of properties and multiple claims for the same property, continued to hamper resolution of property restitution cases arising from the war and its aftermath. More than 96 per cent of these claims were filed by ethnic Serbs," the State Department report...