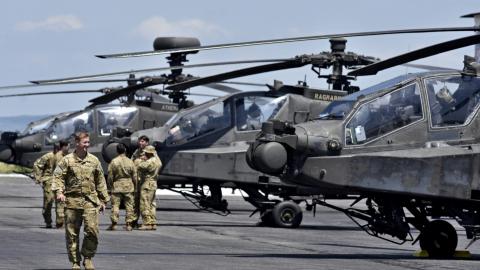 Korčok, a nominee of the coalition party SaS, who has backed the DCA from the outset alongside Defence Minister Jaroslav Naď of OĽaNO, said the pact showed the current government is serious about the country's security and defence policy.

"If we declare that Slovakia has a clear stance on international relations and a pro-Atlantic orientation, it is not just on paper, but at such important moments as when we want to strengthen defence in accordance with these declarations," Korčok said following the cabinet meeting that greenlighted the DCA on January 12.

The DCA now needs to be approved by the Slovak parliament and ratified by President Zuzana Čaputová, as well as on the US side.

The agreement will run for at least 10 years and allow the US Armed Forces to use the military airports of Malacky-Kuchyňa and Sliač rent free, as well as possibly other agreed-on facilities and premises. The two sides can withdraw from the agreement after the 10-year period with a year's notice.

Proponents of the DCA stress it will cover certain activities that are already ongoing in Slovakia, like joint military training exercises. The pact should also serve as a framework for investments the US is considering making into Slovakia's military, such as the $100 million it has already earmarked to modernise Slovakia's defence infrastructure, most notably the military airports. Under the terms of the pact, the US military can use the modernised infrastructure for as long as necessary.

Matej Spišák, a research fellow at the Strategic Policy Institute think tank, explains that the agreement is not unusual among NATO member states - 23 countries in Europe, including Slovakia's neighbours Poland and Hungary, have signed similar agreements - and is important...