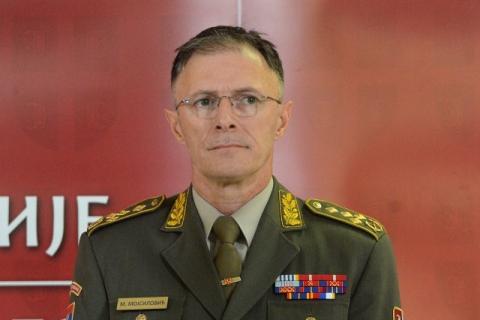 The Chief of the General Staff of the Serbian Army, General Milan Mojsilovic, said that he did not rule out new unilateral actions of the Kosovo Security Forces in the north of Kosovo and Metohija.
However, as he said, the Armed Forces will react to such actions.
"I do not rule out the possibility that the security forces that exist in Kosovo and Metohija are unilaterally and disproportionately engaged in order to reach certain political points on the ground, but our request, insistence, and some other things will be in the function of securing peace and providing such security situation that guarantees that our people in Kosovo and Metohija can live and exercise their rights like all citizens of this country", said General Mojsilovic on Wednesday after analyzing the situation and capabilities of the Armed Forces last year.
He reiterated that according to Resolution 1244 and the Kumanovo Military Technical Agreement, KFOR units are the only legal forces in the province.
"We insist that their relationship with other security entities that are not recognized in our documents as holders of any security function, be impartial and in the spirit of signed agreements and apply not only to the Kosovo Police but also to the Kosovo Security Force, with a ban on entering the north of Kosovo without the special consent of the KFOR Commander", Mojsilovic said.
He added that in cases when it happens that the Kosovo forces, with the consent or without the consent of KFOR, move to the north of the southern province of the Armed Forces, assignments will be undertaken accordingly. "You have witnessed the increase of our engagement along administrative lines, especially on the routes leading from the north to the central part of Serbia, and the...