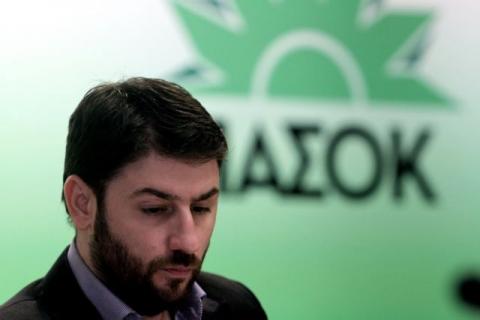 A new Metron Analysis poll shows ND retains a, over 10 percentage point lead over SYRIZA, even as the Movement for Change (KINAL)-PASOK skyrocketed to 18.5 percent from 8.1 percent.

The results clearly show the emergence of a third political pole, KINAL-PASOK, according to the survey presented by MEGA television.

The poll indicates that the election of KINAL-PASOK's new leader, Nikos Androulakis, has substantially boosted the party's polling numbers and has stirred concerns in ruling ND and main opposition SYRIZA.

The government's management of the pandemic and citizens' fears regarding inflation have shocked households and function as a catalyst for political developments.

None of the three aforementioned parties has lost ground, in fact they have gained, which means they are tapping into the reservoir of undecided voters.

Citizens sense that a general election is coming and are taking clearer political positions even as party supporters rally together.

New Democracy's predominance is indisputable, though it had two disadvantages - management of the pandemic and managing the economy even as inflation reduces purchasing power.

There is, therefore, a reservoir of voters in which both PM Kyriakos Mitsotakis' New Democracy and SYRIZA want to make inroads.

KINAL appears to be attracting voters from both of the two biggest parties, and that is of the utmost concern for both.

In terms of the projective outcome of the vote, New...