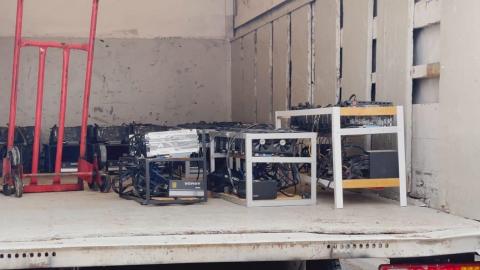 With no legal framework in place to regulate crypto mining in Kosovo, many of those involved in mining the currency say they are confused as to their options. Given crypto mining is not strictly illegal, their equipment cannot be confiscated providing it has been properly imported.

While some are trying to sell up, others are sitting tight in the expectation that the ban will be lifted.

"Obviously I turned the rig off a while ago and now I am selling it to get rid of it," a Kosovo-based miner, who was trying to sell his equipment on Facebook, told BIRN on condition of anonymity. But another said: "I am 99 per cent certain this decision will be overturned."

'What about my microwave?'

Crypto mining has become a craze particularly in several northern, majority-Serb municipalities of Kosovo where consumers have not paid for electricity since the 1998-99 Kosovo war, when NATO air strikes halted a brutal Serbian counter-insurgency war and the then province became a ward of the United Nations. Majority-Albanian Kosovo declared independence in 2008 but still struggled to stamp its authority on the north.

In October 2021, Kosovo announced it had drafted a law on cryptocurrency, which parliament was expected to adopt by the end of last year. It has yet to do so.

Since the government ban was announced in January, some 400 pieces of cryptocurrency mining equipment have...