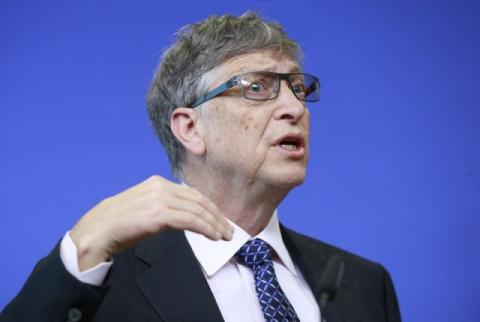 The founder of Microsoft, called on rich countries to invest billions of dollars in the development of vaccines so that we can prepare for the next global epidemic.
Gates said that although the delta and omicron variants of COVID-19 are some of the most contagious viruses so far, the new one could be with a much higher mortality rate, writes the Financial Times, as "Blic" reports.
Bill & Melinda Gates Foundation and the British Wellcome Trust donated $ 300 million to the Coalition for Epidemic Preparedness Innovations (CEPI), which helped in establishing the COVAX program, which provides vaccines to low- and middle-income countries.
The organization is working to raise $ 3.5 billion to reduce the period for getting the new vaccine to just 100 days. Gates said that the world's priorities are "strange" and that today philanthropists and rich governments must get involved in solving the problem of unequal distribution of vaccines.
"When it comes to spending billions to save trillions in terms of economic damage and tens of millions of lives, I would say it's a pretty good insurance policy," Gates said, noting that such a seemingly huge effort, even in economic terms, would prevent much worse damage", he said.
Gates said that two major donors of vaccine development during the COVID-19 pandemic, CEPI and the US government, were "brave" because they invested in the development of potential vaccines.
"The rest of the world, which cannot afford such investments, needs someone on their side."
Professor Gagandeep Kang, a member of the CEPI board and a virologist at Christian Medical College in Vellore, India, said that we should expect countries to put their national interests first, Bankar.me reports.