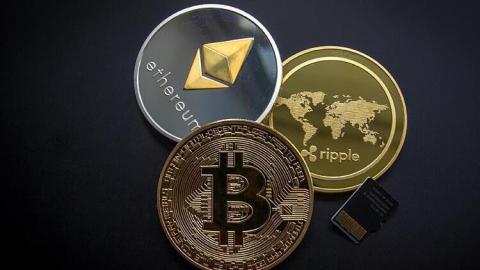 A top EU financial regulator has renewed calls for a bloc-wide "ban" on the main form of bitcoin mining and sounded the alarm over the rising proportion of renewable energy devoted to crypto mining.

Erik Thedeen, vice-chair of the European Securities and Markets Authority, told the Financial Times that bitcoin mining had become a "national issue" for his native country Sweden and warned that cryptocurrencies posed a risk to meeting climate crisis goals in the Paris agreement.

Thedeen said that European regulators should consider banning a mining method known as "proof of work" and instead nudge the industry toward the less energy-intensive "proof of stake" model to cut down on the sector's vast power usage.
Bitcoin and ether, the two largest cryptocurrencies by volume, rely on a proof of work model, requiring all participants on the blockchain digital ledger to verify transactions.

"We need to have a discussion about shifting the industry to a more efficient technology," he said, adding that he was not advocating a wholesale ban on crypto.

Cryptocurrency mining has been attracting growing criticism for its impact on the environment. The practice accounts for 0.6 per cent of the world's total energy consumption and burns more electricity annually than Norway, according to data from the Cambridge Bitcoin Electricity Consumption Index.

Faced with mounting criticism and the ban in China, miners have upped the share of renewable energy they use for powering their computers and pushed into countries with plenty of wind and solar power, such as Sweden and Norway.